Jon Fox was a bad man in life, but in death he became something much worse. Tough, ruthless, inhumanly powerful and nearly immortal, he proved himself to be Heaven’s ultimate weapon in the eternal fight against evil. But now there is another; a fallen angel so wicked that its mere presence threatens the very fabric of existence itself. More sinister and powerful than anything he has ever encountered, Jon now finds himself locked in a life or death battle for the fate of humanity. Should he fail, all of Creation will fall with him. But should he win, he could very well lose the one who matters most.

See what we have available from author Marc McGowan at Studio Moonfall or visit www.facebook.com/afoxsworld or Bookshop.org. 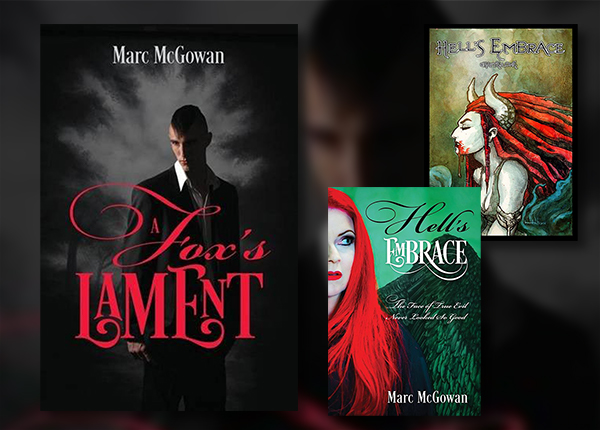