A young man in search of adventure. A land in need of a hero. A sinister threat he didn’t foresee…
Thorik Dain longs to prove he can lead. So when an injured member of the Grand Council washes up on his shores, Thorik leaps at the chance to help him find the culprit. And with the other elders massacred, he fears not only will the killer return for more bloodshed, but that a greater evil is on the rise.
Commanding a motley crew on a treacherous journey, Thorik must overcome dragons, giants, and wizards en route to the ruined sanctuary. But he’s stunned when he discovers the real monster may be closer than he imagined. And if he doesn’t oust the betrayer soon, he could end up leading his company to a murderous slaughter.
Can Thorik expose the true enemy before they destroy the entire kingdom?
Fate of Thorik is the first book in the engrossing Altered Creatures epic fantasy series. If you like determined heroes, mythical beasts, and intricate mysteries, then you’ll love Anthony G. Wedgeworth’s coming-of-age escapade. 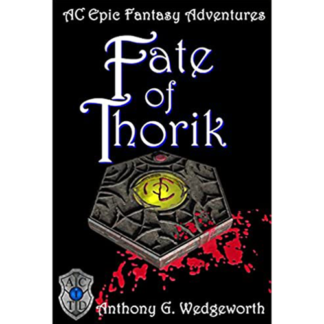