The Oracle’s prophecy states that the sons of the Brothers of War will fight to the death. One of these sons has trained his entire life for this day. Learning to manipulate the powers of light and darkness, he lays devastation to all life in his path. He is ready for the Eve of Light and the end to the curse upon them. The other son, Ericc, was hidden away from society and the prophecy in hopes to keep him safe. However, his tenacity for adventuring beyond the restrictions that protect him lead him right to an enemy he knows nothing about. A friend of Ericc’s father, Thorik Dain, is sent to save the young man before he is captured. But once Ericc discovers that his father has been murdered by his uncle, he leaves Thorik and charges into the very location the legends foresaw him to fight to the death. Now, Thorik and his friends must risk their own lives to prevent the sacrifice that fables had spoken of during the Eve of Light. This book is best described and searched as fantasy adventure quest, fantasy adventure mage, best fantasy lists, epic fantasy collection, and best fantasy epic. 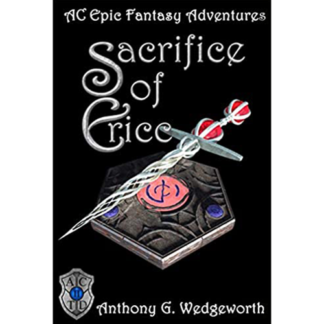