Deeds of Mercy: Book Three of the Mark Taylor Series

In No Good Deed: Book One in the Mark Taylor Series, Mark Taylor discovers first hand that no good deed goes unpunished when the old camera he found during a freelance job in an Afghanistan bazaar gives him more than great photos. It triggers dreams of disasters. Tragedies that happen exactly as he envisions them. He learns that not only can he see the future, he can change it. In Deeds of Mercy: Book Three, an unexpected visitor from Mark’s past brings him unwanted attention from the authorities. Unable to decide who is friend and who is foe, Mark becomes a fugitive from the law, but with thousands of lives at stake, he is forced to put aside his fear of capture, and instead, seek help from his pursuers. 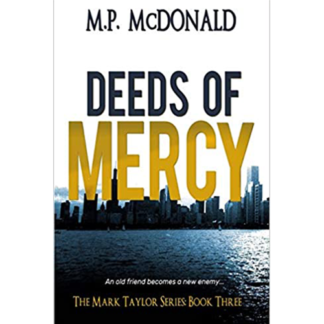 You're viewing: Deeds of Mercy: Book Three of the Mark Taylor Series
Buy on Amazon