No Good Deed: Book One in the Mark Taylor Series

Seeing the future comes at a price. What price would you be willing to pay to save thousands of lives?

Mark Taylor knows his actions scream guilty—but he was only trying to stop the horrible terrorist attack. Instead of a thank you, the government labels him an enemy combatant and throws him in the brig with no rights, no trial, and no way to prove his innocence. He learns first hand that the CIA can do anything they want to him—anything at all.
Mark’s just a regular guy—a photographer—who finds himself in an extraordinary situation when an antique camera he buys at a dusty Afghanistan bazaar produces photographs of future tragedies. Tragedies he’s driven to prevent.
His frantic warnings about September 11th are ignored but put him in the government cross-hairs where he learns what being labeled an ‘enemy combatant’ really means… 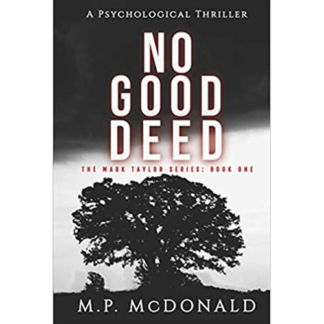 You're viewing: No Good Deed: Book One in the Mark Taylor Series
Buy on Amazon