The Beam: Season One

From the bestselling authors of the Invasion and Yesterday’s Gone series comes The Beam, a disturbing philosophical exploration of the future of our hyperconnected world. This chilling, intricately-plotted series is set in a futuristic dystopia where politics and technology have widened the gap between haves and have-nots.

All of humanity is connected … to The Beam and to the lie.

In the year 2097, the only stable nation is the NAU: a dystopia exploding with new technologies and ruled by two political parties. The choices are Enterprise (sink-or-swim; effort and luck determine whether members prosper or starve) or Directorate, where members are guaranteed safety but can never rise above their station.

Above it all is The Beam: an AI-built computer network that serves every whim and connects citizens through implants and biological add-ons.

The Beam anticipates every need and has created a world within the world. It permeates everything. And is everywhere.

But the NAU’s power is shifting. New powers are making their moves while others hang in the balance.

Behind it all, a shadowy group is pulling strings, and guiding the upcoming election exactly where they want it to go. The Beam is coming alive; immersion is as real as reality.

If the NAU’s power goes unchecked, the actions of a shadowy few will shape the fate of millions forever. 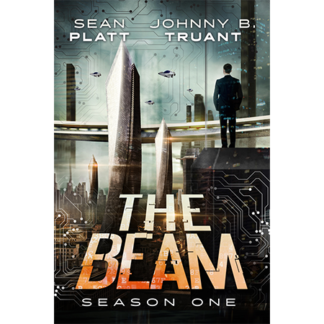 You're viewing: The Beam: Season One
Buy on Amazon