“A Cat and his human minions fight to bring peace to humanity. For readers from 13 to 65, find compelling characters engaged in an adventure of search, conflict, and discovery.

He is a Free Trader from the north, with a vision of a world free from war. Braden and his companions have to decide what to do with the Old Tech from the ancient’s outpost. Can they introduce it back to the world without bringing every fortune hunter after them? Maybe they should expand the trade routes naturally, letting humanity reestablish itself slowly, without the help of Old Tech. Mutants, fearing the growing human presence, come after Braden and the others, hoping that they, and not the humans will dominate Planet Vii.

In the spirit of Anne McCaffrey’s Dragonriders of Pern, Martelle builds a world where humans and intelligent animals interact in an ongoing fight against the enemies of civilization. Allow your imagination to run free through this book and you’ll see humanity at its best.” 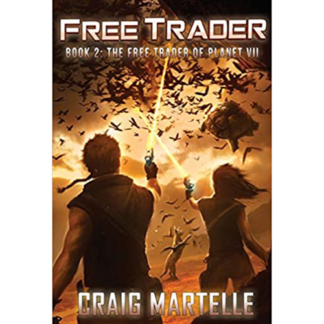