Witch of the Federation – Michael Anderle

“The future has amazing technology. Our alien allies have magic. Together, we are building a training system to teach the best of humanity to go to the stars.
But the training is monumentally expensive.
Stephanie Morgana is a genius, she just doesn’t know it.
The Artificial Intelligence which runs the Virtual World is charged with testing Stephanie, a task it has never performed before.
The Earth and their allies may never be the same again.
Will Stephanie pass the test and be moved to the advanced preparatory schools, or will the system miss her? Will the AI be able to judge a human’s potential in an area where it has no existing test data to compare?” 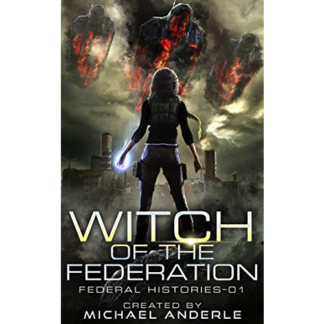 You're viewing: Witch of the Federation – Michael Anderle
Buy on Amazon