They thought they were alone. But they were wrong…
On October 15th, humanity went missing, leaving only a handful of scattered survivors behind. The world is now empty of friends, family, and neighbors.
Among them, an eight-year-old child searches for his family, only to find a nightmare he never expected.
A special agent turned enemy of the state survives a fiery plane crash with no way to reach his daughter. But is he who he says, or even thinks he is?
A reporter will do anything to reconnect with his son, even if he has to wander the empty streets of Manhattan to find him, and even if those streets aren’t really so empty.
A mother and daughter are desperate to survive with their two remaining neighbors, on the run but with nowhere to go.
A teenage boy who spent his life bullied, and who might be the only person in the world that’s happy to see it gone.
And a brilliantly brutal serial killer who will do anything he can to stay at the top of the food chain.
Now these strangers must find the strength to survive in the new world.
But they are not alone.
In the absence of civilization, a new threat emerges. In the stillness, it waits and watches, preying on their weakness. Their only hope is to find more survivors, rise above their fear, and face the oncoming darkness.
But can they unite before they too are lost? And can they all be trusted? 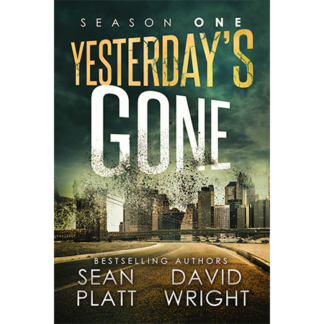 You're viewing: Yesterday’s Gone: Season One
Buy on Amazon